Every time you're late to an appointment or meeting, you're saying your time is more important.

Every time you wait until the grocery clerk finishes ringing you up to search for your debit card, you're saying you couldn't care less if others in line have to wait unnecessarily. Every time you take three minutes to fill your oversize water bottle while a line stacks up behind, you're saying you're in your own little world -- and your world is the only world that matters.

Granted, those are minor examples, but they point to a larger issue: People who don't notice the small ways they inconvenience others tend to be oblivious when they do it in a major way. How you treat people when it doesn't really matter -- especially when you're a leader -- says everything about you. Act like the people around you have more urgent needs than yours and you will never go wrong -- and you will definitely be liked. A guy you don't know asks you for a favor, a big, time-consuming favor.

“Some People Never Know” is a song from Wings’ debut album, “Wild Life“, released in Some people can sleep at night time, Acoustic guitar, Backing vocals, Bass, Bongos, Congas, Electric guitar, Guiro, Harmonium (?), Maracas, Piano, Producer, Vocals. Aprenda a tocar a cifra de Some People Never Know (Paul McCartney) no Cifra Club. No one else will ever see / How much faith you have in me / Only fools.

You politely decline. He asks again. You decline again. Then he whips out the Need Card. You have to. I really need [it]. Maybe you do, in fact, really need [it]. But your needs are your problem. The world doesn't owe you anything. You aren't entitled to advice or mentoring or success. The only thing you're entitled to is what you earn. People tend to help people who first help themselves. People tend to help people who first help them. And people definitely befriend people who look out for other people first, because we all want more of those people in our lives. At the same time, some people aren't in a position to help themselves.

They need a hand: a few dollars, some decent food, a warm coat. Though I don't necessarily believe in karma, I do believe good things always come back to you, in the form of feeling good about yourself. I've never seen a bump in direct sales. Plus, 'awareness' is not a measurable or even an important goal Don't shoehorn in your opinions under false pretenses. Only ask a question if you genuinely want to know the answer. And when you do speak again, ask a follow-up question that helps you better understand the other person's point of view.

OK, so maybe they don't take it to the Reese Witherspoon level , but many people whip out some form of the "I'm w ay too important for this " card. Maybe the line is too long. But it hit him really hard. So he disappeared up to Scotland, and was tempted into drugs and drink.

Far too much. But, of course, there was that core of steel. So when his father-in-law Lee Eastman said that the only way out of the mess the Beatles were in was to sue the other Beatles, Paul didn't hesitate.

After the Beatles' breakup, McCartney struggled to establish himself as a credible solo artist. From , he endured hostile reviews and mockery for including wife Linda in his new band, Wings. By sheer dogged persistence, he made Wings as big a live attraction in the '70s as the Beatles were in the '60s. He could have worked with anyone—formed a super group. Instead, he drives around Britain with Wings, turning up at student unions at small universities, asking if they'd like him to play.

Partly, I think, it was because he realized that Linda needed to earn her chops. Beatles fans who never forgave Linda for marrying McCartney never realised how utterly she dedicated herself to his welfare and protection.

Once, in Nigeria, when Wings were making Band on the Run , McCartney was surrounded by a gang of armed muggers and Linda made herself a human shield, ready to take the knife or bullet for him. I mean, who got the most horrible, vitriolic abuse, Yoko or Linda? What the Paul fans did to Linda was horrible.

Really, really vile. But neither she nor Yoko had much PR skill at the time. Yoko has a lot now. But Linda never really bothered. She was cool in what she was—actually very cool—but nobody recognized it as such at the time.

But he never knew that McCartney also recorded a song about him entitled "Dear Friend" that stands as the most loving of tributes to their relationship. I always thought John's solo albums weren't as good in comparison to the Beatles. But in my research I found some of them were magnificent. It's the same with McCartney.

And amongst that huge amount of output for Wings, there's the song 'Dear Friend,' which is just as good as anything he's ever written, even as a Beatle. If only John had noticed, maybe their relationship in later years could have been different. But John's mind was very much made up.

There was this funny sort of intimacy between them. They could be very hurt by each other—far more than you would think was possible. And so John just went on being hurt for the rest of his life.

I also didn't realize how the shadow of each was cast on the other in the after years. Yoko told me about John sitting up late, worrying over the fact that there were more cover versions of Paul's songs than his. 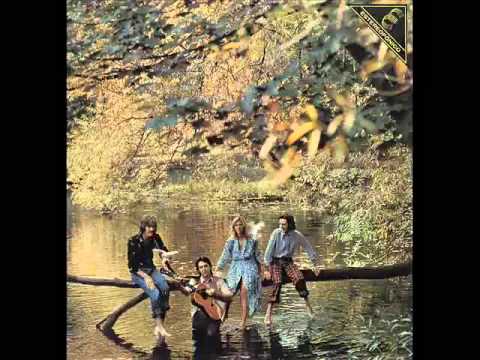 But then Paul was just as jealous of John and was always watching what John was doing. And he cannot have failed to recognise that the lines would be interpreted as a commentary on his former band. Despite this, John Lennon thought the song, like others on Ram, was written with him in mind, an interpretation McCartney later refuted.

When Lennon began work on Imagine, he cast aside the lyrics and rewrote them about Yoko Ono. However, in an interview published in the February edition of Playgirl magazine, Paul McCartney revealed that Lennon wrote it with him in mind. So I think it was just some kind of jealousy. Too many people going where? Missed our lucky what?

What was our first mistake? A real poet! Too bad. What am I supposed to do, make you laugh? He lived through it. The only thing that matters is how he and I feel about these things and not what the writer or commentator thinks about it.